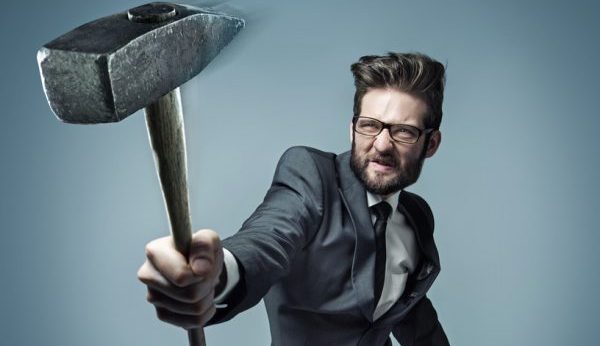 As a society, we talk about successes. It’s what we learned to do at a very young age. We talk about …

who won the championship

who took first place in the contest

who had the highest score in the game

Even though many people experience failure, for some reason, we avoid talking about the “f” word. It may be that it’s hard to accept failure much less talk about it. Once we share our failure, it makes it real.

But sharing our failure can help others work through their failure. It can even help you move beyond your failure.

“Failure is not fatal, but failure to change might be.” – John Wooden

Maybe failure sent you in a different direction – a direction that’s better suited for you. Life is a journey and sometimes the road we take leads to a dead end. Instead of staying there, we shift gears and change course. It’s a way to keep moving forward.

Failure doesn’t mean you are a failure… it just means you haven’t succeeded yet. – Robert Schuller

Maybe failure helped you try harder. For example, if you didn’t get that promotion. The following year you worked harder and networked more with decision-makers.

“Success consists of going from failure to failure without loss of enthusiasm.” — Winston Churchill

While there’s nothing wrong with recognizing and celebrating successes, we need to acknowledge and talk about failures. You have two choices with failure. One choice is to let it stop you. The other choice is to challenge it. My preference is the second choice. Challenge your failure by learning from it and moving forward. Which choice will you pick?

Niv Persaud, CFP®, CDFA™, RICP®, CRPC®, is the Founder of Transition Planning & Guidance, LLC. Life is more than money. It’s about living the lifestyle you want and can afford. For that reason, Niv consults with clients on money, life, and work. Her approach capitalizes on techniques she learned throughout her career, including as a management consultant, executive recruiter, and financial advisor. Her services include developing spending plans, comprehensive financial plans, divorce financial reviews, retirement plans. Niv actively gives back to her community through her volunteer efforts. She believes in living life to the fullest by cherishing friendships, enjoying the beauty of nature and laughing often — even at herself. Her favorite quote is by Erma Bombeck, “When I stand before God at the end of my life, I would hope that I would not have a single bit of talent left and could say ‘I used everything you gave me.’”