Are you using a scapegoat? 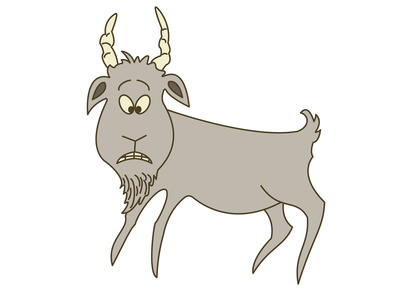 Are you using a scapegoat to justify why you haven’t accomplished your goal?

According to Merriam-Webster dictionary, a scapegoat is defined as

… or maybe in your case, a person who is unfairly blamed for something YOU have NOT done.

John knew 2016 was the year he would quit smoking. At first, he was scared but eventually built-up excitement and confidence knowing he was going to change his life. He was successful the first week of January, but then he felt his excitement diminish while his stress level increased. Work was more demanding but it was his wife’s demands which pushed him to start smoking again. Wait — did John just use his wife as a scapegoat?

Karen wants to attain a Project Management Professional (PMP)® certification. It’s been on her to-do list for 2 years … well maybe 4 years now. She is committed to start the process this year. As she decides where to take classes, she starts thinking about her son, Adam. He’s starting middle school which she’s heard is difficult for kids. While Adam has never had a problem in school, she puts off pursuing her PMP certification. Really? Did Karen just use her son as a scapegoat?

Whether it’s another New Year’s resolution not kept or a goal you’ve had on your to-do list for a long time, it’s time to stop blaming your scapegoat and take charge of your life.

Figure out WHY you want to make a change. Write down your rationale and put it somewhere visible where you will see it several times a day.

If you’re not passionate about why you want to make a change, then it’ll be difficult to keep your momentum and focus. By having your rationale visible, you’ll be reminded of WHY you want to change.

If the change you want is too hard to accomplish, then break it down into smaller steps. Find a friend or hire a professional to help you. No matter what you do, take the first step and stop using a scapegoat.

Niv Persaud, CFP®, CDFA™, CRPC®, is the Founder of Transition Planning & Guidance, LLC. Life is more than money. It’s about living the lifestyle you want and can afford. For that reason, Niv consults with clients on money, life and work. Her approach capitalizes on techniques she learned throughout her career, including as a management consultant, executive recruiter and as a financial advisor. Her services include spending plan, financial plan, divorce financial review, life strategy and professional progression. Niv actively gives back to her community through her volunteer efforts. She believes in living life to the fullest by cherishing friendships, enjoying the beauty of nature and laughing often — even at herself. Her favorite quote is by Erma Bombeck, “When I stand before God at the end of my life, I would hope that I would not have a single bit of talent left and could say ‘I used everything you gave me’.”