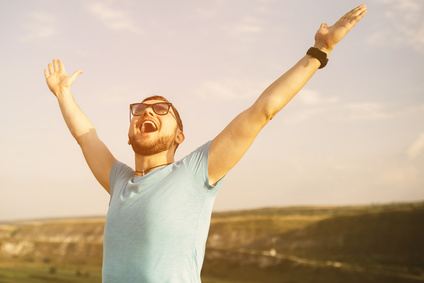 “Never look back unless you are planning to go that way.” – Henry David Thoreau

“Nearly all men can stand adversity, but if you want to test a man’s character, give him power.” – Abraham Lincoln

“Go confidently in the direction of your dreams. Live the life you’ve imagined.” – Henry David Thoreau

“Either you run the day or the day runs you.” – Jim Rohn

“Defeat is simply a signal to press onward.” – Helen Keller

“Everybody should do at least two things each day that he hates to do, just for practice.” – William James

“Today we do what others won’t, so that tomorrow we can accomplish what others can’t.” – Robert Herjavec

“You’ve got to get up every morning with determination if you’re going to go to bed with satisfaction.” – George Lorimer

“There are no shortcuts to anyplace worth going.” – Beverly Sills

“You’ve got to say, ‘I think that if I keep working at this and want it badly enough I can have it.’ It’s called perseverance.”-Lee Iacocca

“It often requires more courage to dare to do right than to fear to do wrong.” – Abraham Lincoln

“The harder the conflict, the more glorious the triumph.” – Thomas Paine

“Only those who dare to fail greatly can ever achieve greatly.” – Robert F. Kennedy

“Someone’s sitting in the shade today because someone planted a tree a long time ago.” – Les Brown

“Success is going from failure to failure without losing your enthusiasm.” – Abraham Lincoln

“Progress always involves risks. You can’t steal second base and keep your foot on first.” – Frederick B. Wilcox

“Once you say you’re going to settle for second, that’s what happens to you in life.” – John F. Kennedy

“Success usually comes to those who are too busy to be looking for it.” – Henry David Thoreau

“Even if you’re on the right track, you’ll get run over if you just sit there.” – Will Rogers

“A successful man is one who can lay a firm foundation with the bricks others have thrown at him.” – David Brinkley

“We are not what we know but what we are willing to learn.” – Mary Catherine Bateson

“I am not discouraged, because every wrong attempt discarded is another step forward.” – Thomas A. Edison

We’re always looking for new motivational quotes. Send us your favorite quote to consider for next month.